Mateen‘s paper on “Implementation and Evaluation of IoT System Using Cloud Storage Platform” has been accepted in the 2nd International Conference on Big Data and Internet of Things (BDIOT 2018). 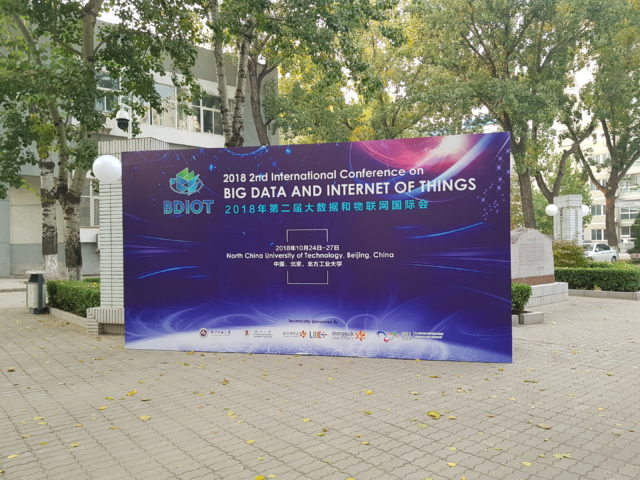 Abstract. As the internet has become more accessible, the use of Internet of Things (IoT) systems is increasing. An IoT system can be accessed either by directly connecting to the network configured with external access and appropriate port forwarding; or through a cloud server. Direct access through network may not be possible for networks with restriction on external access, and requires technical know-how to configure the port forward. The use of cloud server is convenient that the users simply have to sign up an account at and use user friendly application to setup the system. This approach however requires the manufacturer to main the
cloud server, has the concern of having users’ data accessible to the owner of the cloud server, and does not allow interoperability of devices and systems across different manufacturers. In this paper, we have proposed the use of publicly available cloud storage services to provide the accessibility of the IoT devices
without relying on a specific cloud server, and without requiring the manufacturer to maintain their own cloud server. The proposed approach will allow interoperability between devices or systems from different manufacturers. This paper describes the concept, implementation and evaluation of the proposed cloud
storage based IoT system. The proposed IoT system has been implemented to work with Google Drive, Dropbox and Microsoft OneDrive. The performance of the proposed system has been evaluated against dedicated IoT cloud servers including Microsoft Azure IoT, Google IoT, CloudMQTT (CMQTT) and Eclipse IoT. The results show that can be effectively used in systems that are not time critical.

Details of the works for this paper are available here.